When you are really really naughty in the 40K world you get the joy and privilege of joining the Penal Legion. 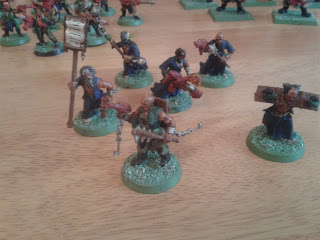 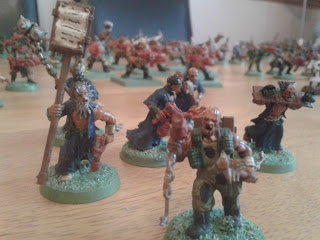 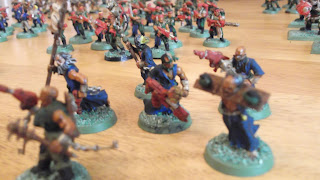 Life is very short in the legion. With a lasgun thrust into your hand (maybe some clothes and shoes if you are lucky) you are kicked off the drop ship into the maelstrom of battle and pointed in the general direction of the enemy. If you manage to clog up their tank tracks with your lifeless body for a couple of seconds you will have done your job.

I wanted my unit to look like they were just a rag tag bunch they had been thrown into the fray. The blind nutter with the flamer and torch. The madman in the stocks with two live grenades in his hands. The masked one wielding some massive club. The crazy bearded fanatic with the banner pole and a laspistol.

I also wanted to give them a leader/shepherd who was not a commissar or similar. Perhaps he is also a condemned guardsmen but one trusted enough with all the keys and told that if he can lead his unit through another 10 battles he might earn back some freedom.

I plan on doing a good few more to add to this unit. These were just an idea. I have always wanted to make a Penal Legion unit right from looking at the 'codex' pamphlet that came way back with Second Edition (another unit I always wanted, just from the basic entry in that was the Electro Priests. Somehow the new models for them just don't jive with how I have imagined them the last 20 years). 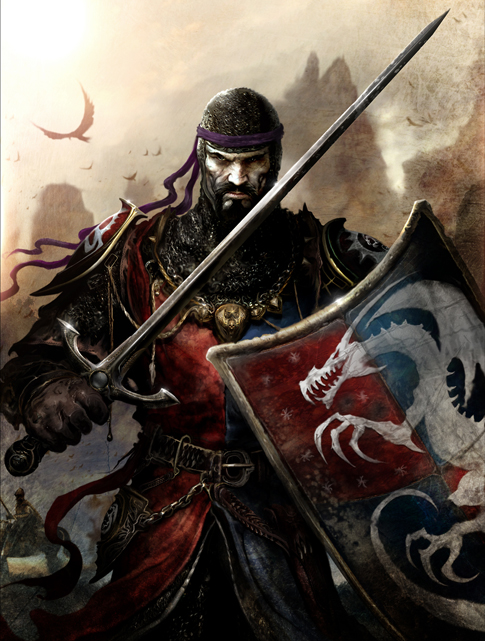